What is Direct Neurofeedback?

Direct Neurofeedback/HPN is a non-pharmaceutical option of treatment that utilizes extremely low-strength electromagnetic current. These currents disrupt the frozen, stuck, and repeating neural patterns that are the root cause of many mental disorders (ie. anxiety, depression, traumatic brain injury, ptsd, addiction, add/adhd, etc.). It can also be used to enhance mental clarity, focus, and energy in daily functioning, including school, work, athletic performance, and creativity.

Neurofeedback as a modality for treatment, has been used and studied for over 20 years, including in specialized public health clinics in Canada and the U.S. (see related links). Treatment is administered by trained doctors and mental health professionals, such as psychiatrists, psychologists, clinical counsellors and social workers.

Kí was the 1st clinician trained and certified in Direct Neurofeedback in Western Canada and a leader in DNF training and development alongside Dr. David Dubin. Kí has spent the past several years in intensive study and practice to help hundreds of people find relief from their symptoms and recover from a wide variety of health ailments. 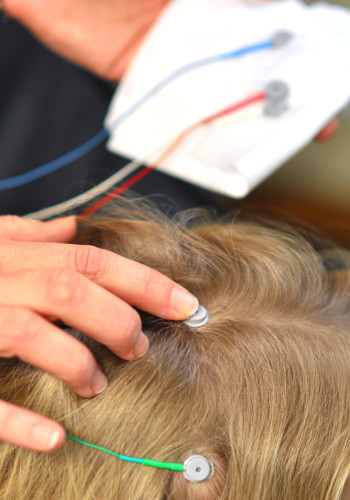 Sounds a little intimidating? It’s not! Let me explain how it works.

Using small sensors gently placed at the temples, DNF sends a tiny, imperceptible signal to the brain that causes a slight fluctuation in brain waves. This little fluctuation allows the brain to reorganize its stuck neural patterns and re-establish healthy ones.

It is a little easier to understand if you think of it as “rebooting a frozen computer”: when we develop patterns of anxiety, depression, addiction, etc. things get jammed up and our self-regulating signals start to cross. Using DNF we are able to produce changes in brain waves that clear these blocked signals and allow for greater self-regulation. As the brain reorganizes, the nervous system relaxes and brain function can become optimized.

Rather than simply band-aiding, DNF offers a solution for the root causes of your symptoms.

While you relax (and it is relaxing), tiny sensors will be applied to your forehead. These sensors allow the system to read your brain wave activity, which is then projected to a computer screen. Your brain communicates directly with the technology to identify what is needed to return to optimal functioning. The best part? This takes no effort from you. This is your time to just be. Sometimes clients wish to add counselling to their sessions (which is welcome, but not required). You choose what feels right for you. The result: you leave your session feeling calm, clear, and energized to carry on with your day.

We want to be sure the treatment is working for you, so before and after each session, we will do a quick check-in to track your experience and progress. Sessions take about 30 minutes.

Who benefits from direct neurofeedback?

Everyone (kids too)! But particularly those living with: 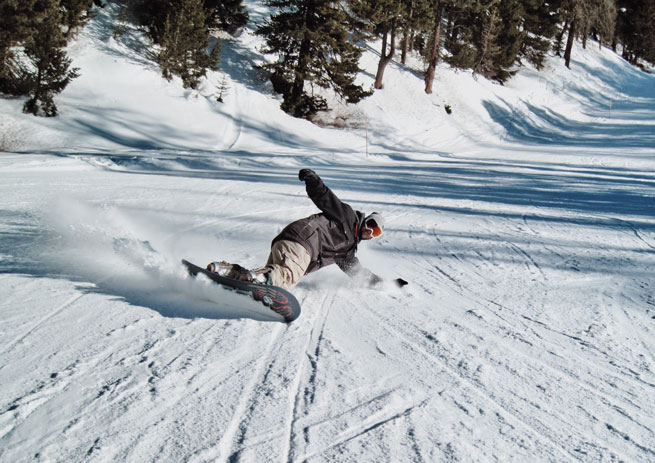 How quickly will you see results?

After your first few treatments, you may notice improvements for a few hours or a few days at a time. As you continue with treatment, you will notice these improvements last for longer periods. Typically it takes about 15 to 20 sessions before things start to really stick, but once they are stuck they are not going anywhere; further treatment is often unnecessary as these changes become less of a temporary improvement and more of a permanent fix. Occasionally someone needs a “booster” — we can help with that!

Expect to experience a new or improved ‘normal,’ free from overwhelming symptoms that interfere with your quality of life. From here, it is possible to move forward in your life with more ease and emotional freedom.

Research has shown that many kinds of psychological difficulty are associated with problems in activation in various areas of the brain. Patterns of underactivation, over-activation, or disturbed coordination of brain activity have been found associated with many types of disorder in brain imaging studies.  This is true of attention deficits, anxiety, depression, autism spectrum disorders, tics, and learning disabilities, as well as the lingering effects of traumatic brain injury (TBI) and PTSD.

The electroencephalograph (EEG) is a way to show and measure brain activation.  The EEG shows momentary increases and decreases in activity only milliseconds after it occurs in the brain area being monitored.  Although Hans Berger is credited with discovering the electroencephalograph in 1924 (and published in 1929), it wasn’t until experiments in the 60’s and early 1970’s that neuroscientists began to discover that we are able to alter these patterns of activation in the brain if we can sense the momentary changes as they occur.  This process, now called neurofeedback, or neurotherapy, is a specific form of biofeedback – getting immediate information about our biological processes in order to learn to control them better.

Many years of experience in clinics all over the world and hundreds of scientific studies have now shown that this process of EEG Biofeedback, or Neurofeedback, is an effective means to improve, even normalize, attention in individuals with ADHD, to elevate mood in those with depression, to facilitate recovery in those with addictions, to relieve anxiety, improve cognitive function, restore function following brain injury and to decrease seizures.  In our practice, we have taken client responses to the next level using state-of-the-art technology and combining modalities resulting from research in the US and in Europe over the last 40-50 years.  This research continues today, even as we are enjoying the benefit of these recent advances.

There are different types and brands of neurofeedback and it is important to understand the differences between them. HPN was designed by engineer, Corey Snook who worked with the founder of the LENS system. As with other fields of science & technology, neurofeedback has benefited from improvements over time to create better results for patients. HPN made improvements upon the widely studied LENS system, which evolved from traditional EEG neurofeedback. ‘Direct Neurofeedback’ is a term coined by Dr.David Dubin of the Dubin Clinic in Los Angeles, who uses another similar system called CDN. At Brighteyes Therapy, we use both HPN and LifeStream Direct Neurofeedback systems.

What Happens in a Typical Session?

The skin on the forehead is prepared so that there will be a good connection. Then a few sensors are placed the scalp. The client sits still for about 30 seconds at a time while her brainwaves are recorded and a very weak signal is sent back to the brain. Other than that there is nothing the client has to do. In a few minutes the client generally feels calm and relaxed. The session is over in less than half an hour.

How Effective is Direct Neurofeedback?

The success rate is very impressive. Over 85% of clients benefit significantly, often dramatically. And the changes are enduring. Once enough sessions have been completed (typically 15-20), most people have completed their treatment. There is no need to receive Direct Neurofeedback on an ongoing basis.

How Weak Is the Signal Going Back to the Brain?

The strength of this signal is far less than a cell phone and cannot be felt. This signal is 1000 times weaker than simply holding a AA battery against your forehead.

Only frozen and stuck patterns are affected by Direct Neurofeedback. Healthy brainwave patterns are flexible and resilient. When there is a tiny fluctuation in their pattern they automatically spring back to that healthy state.

What If I Am on Medication?

Medication does not diminish the effectiveness of Direct Neurofeeback®. There is no need to stop or reduce your medication, which should only be done in conjunction with your healthcare provider.

Is Direct Neurofeedback Covered by Insurance?

Sessions can be covered if your your insurance provider reimburses for sessions with a Registered Social Worker. i

How Many Sessions Are Required before Improvement?

Most people notice an initial change within 3 sessions, occasionally a little longer. The average number of sessions for most problems is 15 to 20. Once treatment has been completed, additional sessions are usually not necessary. Occasionally someone needs a “booster”.

Do You Work with Children?

Yes. A large part of our practice is devoted to children and adolescents.

What if I Live Far Away?

Clients sometimes come from out of town and stay for 1-2 weeks. They receive daily treatments and generally experience very rapid changes.

Neurofeedback does not promise to cure any diagnosed medical condition, Instead, it’s goal is simply to introduce flexibility and the balance in the brain in order to make life easier for clients and their families.

My goal is to help you rediscover this world of wholeness, self assurance, and deep connection.